“Going back to the basics strengthens the foundation”

Virtualization is one of the most essential concepts of cloud computing.

It can be considered to be one of those building blocks on which the entire career of an individual depends. Hence knowing this concept proves to be very vital for an individual.

The concept of virtualization is all about better resource utilization.

As it is well known that one of the major reasons that cloud computing is blooming now a days is just because of the way resources are used in cloud.
Better Resource Utilization is one of the key features of cloud computing.

Virtualization is basically chopping a big server into smaller parts for better resource utilization. This Chopping /division of the bigger server(BARE METAL ) into smaller chunks(VIRTUAL MACHINE) is done with the help of a software called hypervisor which is commonly known as Hyper-V. This logical segmentation of bare metal makes it easier to maintain. It also reduces the cost of infrastructure which makes it a business friendly alternative.

Lets understand Virtualization with an example:

Suppose we have a bare metal of 64 gig memory and 16 gig ram.

This bare metal can have one database, one application and 1 OS. Hence we don’t have a good resource utilization.
Now lets Chop this bare metal into four smaller chunks each of 4gig Ram and 16gig memory. Now each single chunk can hold its own database, one application and one OS while using the same hardware. Hypervisor makes it behave like a a server which is having its own hardware although it is using the main hardware i.e Bare Metal . It is somewhat like the memory division that we do in our laptops. We have different drives like C drive ,D drive and so on. These drives behave as a independent memory although they are using the same larger memory that is available. 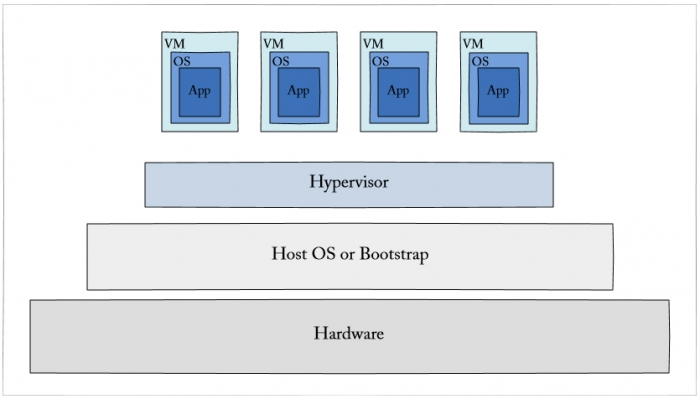 The concept of Virtualization is dependent on the type of hypervisor we use. Hypervisor or Hyper-V makes it possible for us to logically chop the server into smaller chunks. The main function of hypervisor is to provide the layer of abstraction and also handling the various translations between physical and virtual resources.

There are basically two types of hypervisors :

This type of hypervisor generally runs on the host machine’s physical server and is generally referred as bare metal hypervisor. There is no need to load an underlying OS. It has a direct access to the underlying hardware and hence is very efficient when it comes to logical division of bare metal. It is highly secure as there is no interaction with the OS. They are considered to be the best choice when it comes to enterprise workloads. Microsoft Hyper-V is an example of Type 1 hypervisor. 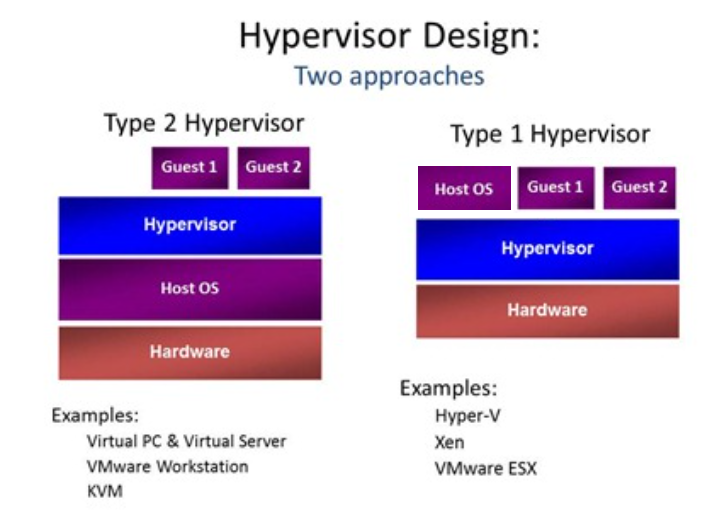 There are various types of virtualization possible which are as follows:

Bandwidth is one of the most expensive thing in the world of cloud computing and hence companies are very peculiar with their bandwidth requirements. Network Virtualization is a method of dividing the available bandwidth into different channels for simplifying the network complexity.

These different channels may or mayn’t be assigned to a particular server or device or stay unassigned completely. The best fact is that all this happens in real time.

This helps in network management in an efficient manner.

This type of virtualization is common in cases when the user wants to pool the hardware storage space from several interconnected storage devices into a simulated single storage device which is then managed from one single command console. It is generally used in cases of backup, archiving and  also for data recovery by hiding the real and complex physical storage architecture.

This type of virtualization is usually meant for masking server resources.

It simulates the physical servers by changing their Identity, numbers, processors and OS. This saves the user from continuously managing complex server resources. This also gives us the freedom of scaling the resources according to our requirements.

This sort of virtualization is all dependent on emulating a workstation load, rather than a server. This allows the user to access the data from the comfort of their houses. Now since the workstation is essentially running in a data center server where accessing is both safe and portable.

This kind of Virtualization abstracts  the application layer hence separating it from the underlying OS.

The concept of virtualization is very important for people who want to explore cloud computing in a true sense because it is one of the major building blocks. Hence it should be taken seriously

I hope this blog clears your concept of virtualization and it answers to all to all your queries.

If it really helped you clear all your doubts on virtualization then do give me a shoutout to me on LinkedIn.

10 Questions about Cloud with Chirag Nayyar